Articles dealing with the artistic side of game development 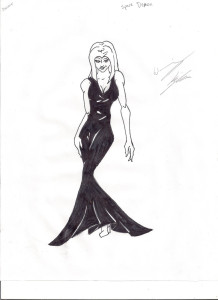 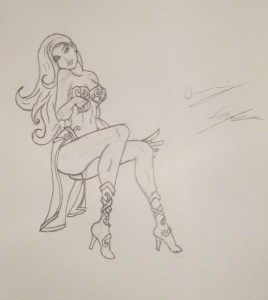 This weekend, I updated the title image for Demon’s Hex. It didn’t really need it, but I thought it would look better with an upgrade. You can see it above.

I personally like how the hex tokens kind of blend into the stroke around the text including the border. This is going into the game as we speak.

New Characters for Our Game

To get something out there, this game will be based on a hexagonal token battle system. So all these characters will be positioned on a token.

That aside, here are some characters that will be making an appearance in the game. Some are made by me, Zachary, and others by my brother Willis.

So first off, here are some of mine:

Now here are some of his:

This is just a small sampling of the characters we are doing. I am really impressed with Willis\\\’ ability to stick to the design and constraints I set for this game as well as his attention to detail. He is working at a much faster pace than I started out with. I look forward to seeing more of what he puts forward.

This game will have a over a hundred characters by the time it is ready for release and we will be adding more over the life of the game.

It has been a while since starting this website and it is now time for our first update on our game. I hope as time moves froward I will be able to share more often.

We are currently working on two games, yes two as in more than one and less than three. The idea is that one of our games is far more graphically advanced than the other. So while Willis works on the graphics for the more advanced one, I will be working on a smaller game where I can use my “art” ability to get some thing done. This way, I can create a code base I can work off of for our more advanced game and still get a full fledged game out the door.

So here is our first tease on our new game. END_OF_DOCUMENT_TOKEN_TO_BE_REPLACED