Meet The Star Of Our Next Game: Charnette 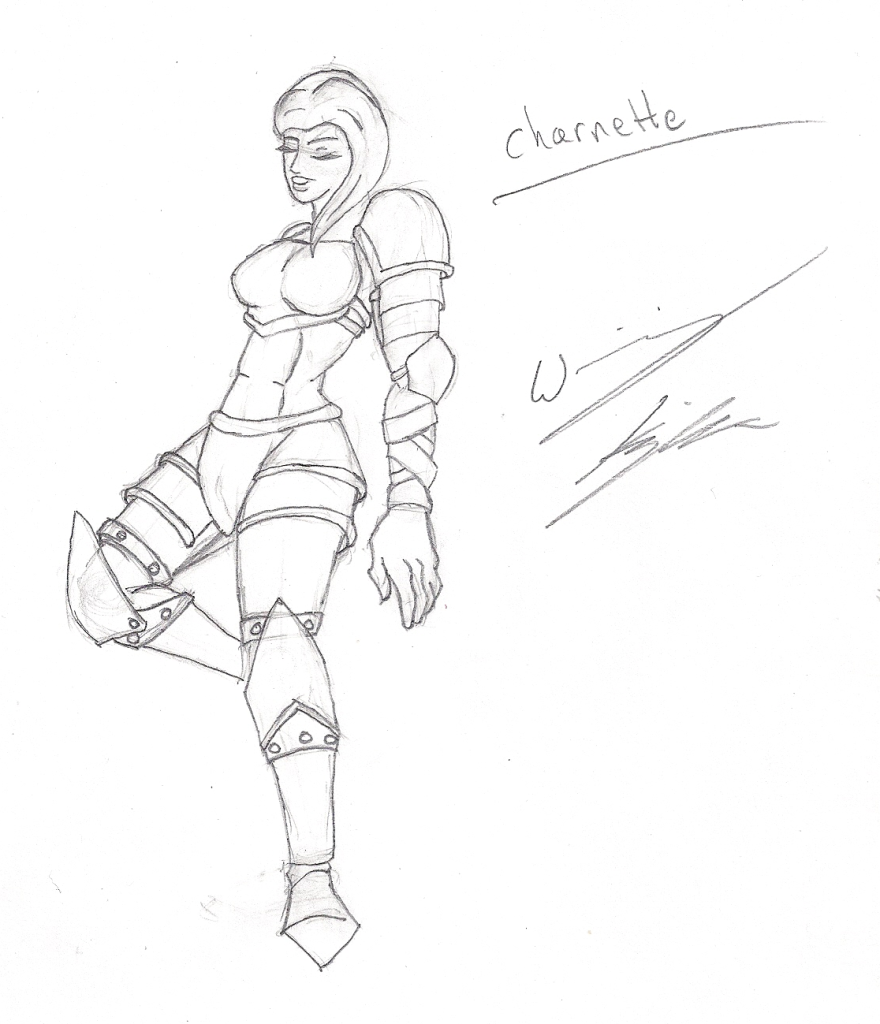 Charnette was raised by her father from a very young age. Her mother died during a plague that swept through her home country when she was 5 years old. Her father did not have the money necessary to hire a nanny to raise her as a young woman is typically expected to be raised, so he did what he could.

Her father was part of the national army and spent much of his time with his regiment. But since he had to take Charnette with him, she worked as his page and later his squire.

Although she spent much of her time training with her father, she still took an interest in the girls in town. She would do her best to fit in and participate in their games and activities. This effort ended up influencing her skills and talent in fighting. For instance, the skills she picked up in sewing and fashion helped her design a suit of armor that better fit her body and fighting style. She also gained many skills in tending wounds and treating the sick.

Over the course of her early years, she gained significant experience in swordplay and became quite skilled in fighting with both sword and shield. She also spent time training with a variety of weapons in order to push herself.

In the summer after her 17th birthday, her father and his regiment were called to fight in a war with a nation on the other side of the sea. With her still being his squire at the time, she was brought along to help in this effort. During the trip across the sea, a huge storm arose and destroyed the ship she was on.

She woke up on the beach of a strange island along with her father who suffered a terminal wound during the sinking of the ship. Her father knowing his death was coming soon bestowed his sword and shield to Charnette for her protection.

Upon his death and burial, Charnette set out to explore this strange island and to search for a way off. While exploring she comes across a man being chased by a monster and saves him. This man, recognizing the crest found on the shield as on described in legend, implores Charnette to save his country from an army of demons and monsters who have cursed the land and the people.

This is where your journey as the gamer begins. And as a special treat, here is an early look at her in game sprite:

We are currently running a GoFundMe campaign to help us buy a banner and some swag for Super! BitCon. If you donate, you will get some of this swag as well as early access to this game.