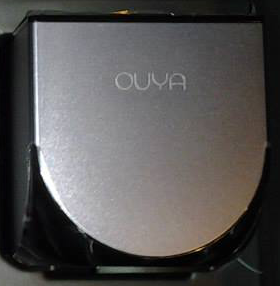 The biggest part of this is the low cost. Right now, the console is selling for $99.99 over at Ouya.tv. This low cost of entry for the consumer will allow a greater number of people entrance into the gaming fold. Similar to how the Wii brought in new gamers, the Ouya can do it too. The cost savings don’t end there. All games will have some sort of free component to allow gamers to try the game before paying out money for it. So it will be easy to find games you will like without risking your wallets.

The next thing is the nature of console. The Ouya has been touted as an open console in many ways. For most consoles, one must sign up as a certified developer and pay large fees to get access to development kits. For the Ouya, that is not the case. The retail console doubles as a development kit. You can make your own games, free of charge, deploy them to your console for testing and then when ready, place them in the Ouya store. There is no cost to you for development other than to buy one console. After deploying to the store, Ouya gets a 30% cut of all sales, similar to other markets out there.

To make development even more convenient, the Ouya is Android based. Meaning that anyone familiar with Android development will be able to pick up making games on this console with relative ease. To make it even easier, the popular game engine Unity3D supports the Ouya out of the box. With the news that Unity3D’s Android version is now free for all developers, that makes creating games for the Ouya even better. 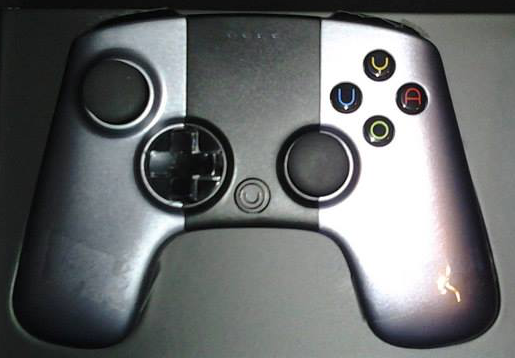 The next thing I like about the Ouya is the controller. This controller has a really nice balance to it. It is comfortable to hold and has a nice weight to it. The buttons feel good and the sticks, triggers, touch pad and directional pad all feel solid and responsive. I personally rank this controller as one of my most favorite of all. The only downside I have found with it is that it uses two AA batteries for power. I would prefer a rechargeable solution, e.g. the PS3 Dualshock 3, but I can understand such a solution would have added additional cost. Perhaps future versions of the controller will incorporate rechargeable power as costs come down.

But don’t take my word alone on the controller. Both my wife and Willis have tried it and love it too.

But the controller is not the only method of interfacing with the console. You can also easily tie in mobile phones as alternative input devices if you think your game needs it. We downloaded You Don’t Know Jack and were surprised to see that the developers offered an Android app that doubles as a buzzer for the game. I tried it out and it seemed very responsive. So depending on the type of game, this could be an easy way to provide a 3rd or 4th controller without forcing the Ouya owner to spend another $50 for a controller.

The arrival of this console has spurred a lot of creative churning within Willis and my brains. We have so many ideas rolling around in our head cages that we can hardly contain the excitement. One idea that Willis told me about tied very closely to some notes I had made a while back and have revived those plans. It is a game similar to one we loved playing as kids and one we would love to see more of today.

Keep in mind, we still plan on finishing Demon’s Hex and will finish that before tackling Ouya development. However, this is putting new fire under our feet and seats and will hopefully spur us on to completion.

In closing, I would like to share one last message from Ouya. Something that I was very pleased to see upon opening the box.

Previous
Changing Up Our Forums And Other Stuff

Next
Demon’s Hex Now Glows In The Dark