A Udactious Look At Python For Gaming 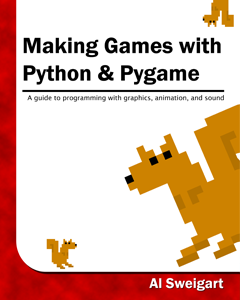 In my efforts to get game programming further under way, I have been busy going back to school so to speak. I have been in web development for so long, I have all but lost my touch in adapting to new programming styles and projects. Since most of what I have done over the last 5 years has been almost nothing but form handling , I have all but forgotten what it means to program something as dynamic as a game. So I have decided to not only work on Demon’s Hex via Actionscript and Flixel, but explore a new language and library as well.

In deciding what language to take up, I stumbled across a new venture called Udacity. This excellent online curriculum for computer science (and more too) has been a great resource for me. They have courses on Algorithms, AI, Physics and more. All the programming courses are based on the Python scripting language. but the processes and ideas are universal.

As I spent time taking the Intro to Computer Science course, I have grown a fondness for Python and what it can do. The potential for such a language is excellent. As I grew to love it, I decided to see what it has to offer for a game developer. Knowing the game development scene and hobby, I figured that someone out there has already put Python to the use of making games and I was not disappointed.

Enter Pygame. This game engine seems to be a powerful engine for making any number of 2D games. The library, much like the nature of Python itself, is cross platform for Linux, Mac and Windows. There are also many people out there working to port the games to Android and Iphones. So it could be a great engine for what we have planned once Demon’s Hex is done. Shoot, it might also be what we use to bring Demon’s Hex out of the browser and onto phones.

There is also a really great and free book on using the Pygame library. I am always a sucker for books. Of course it is only free if you don’t mind getting the PDF version. The paper book will cost some money, which is fine by me. I have run through the first couple of chapters and played around with it. The book is a good introduction to Pygame. However, you should be familiar with Python before you dive into this book, which is where Udacity comes in. Or you could also look at the Invent with Python book by the same author, which introduces the reader to Python..

Beyond 2D, there are also plenty of options to make 3D games with Python. For example, the popular and free 3D modeling software Blender uses Python in its game engine. Another engine I have looked into is Panda3d. This one isn’t as full featured as I would like, but it does hold a lot of promise. I am sure there is more out there.

I can’t wait to really dive into Python programming on a much larger scale.